Signal Cinema: Visualist, Those Who See Beyond (world premiere)

Free entry for holders of Signal Pass with a reservation that can be made here. Just show them while entering the screening.

Signal Cinema is a new project of the Signal Festival which, through film screenings, acquaints viewers with the work of the world’s most significant digital or audiovisual artists, with occasional thematic overlaps into public space and ecology. The series of film screenings will be opened by the unique world premiere of the Spanish documentary Visualist, Those Who See Beyond.

Light has been life-giving energy since time immemorial. It inspires artists, transforms the character of material objects or spaces in which they exhibit. Visualist brings portraits of artists from all over the world, for whom light is a kind of basic material and the underlying principle of creation. From Madrid to Berlin, from New York to San Francisco. From live Chemical Brothers concerts to video installations for Richie Hawtin, through eccentric projects by Gmunk, an audio-visual live performance by Daito Manabe, to experimental audio-visual projects and small gallery expositions. From the underground and alternative new media art scene to mainstream giant events for hundreds of thousands of visitors.

Visualist is a story of the history of audiovisual art; and perhaps also of the future. It watches those who we don’t often see. Simply because they are hidden in the darkness of their own projections. Digital pioneers, artists who work marvellously with AV technology, and want to continuously test new tools and methods.

The artistic value of photography or filmmaking has been questioned in the past although it is today undeniably recognised as an artistic discipline. This is how Visualist presents audiovisual art: as a confident, diverse and profound art format that arose from the city’s club environment and gradually walked through the closed doors to the world’s best galleries. As a form that belongs to the  future. 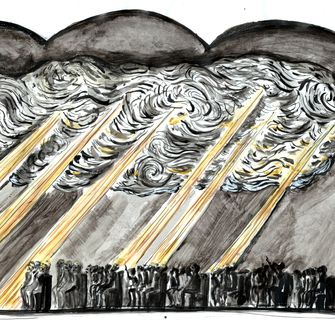